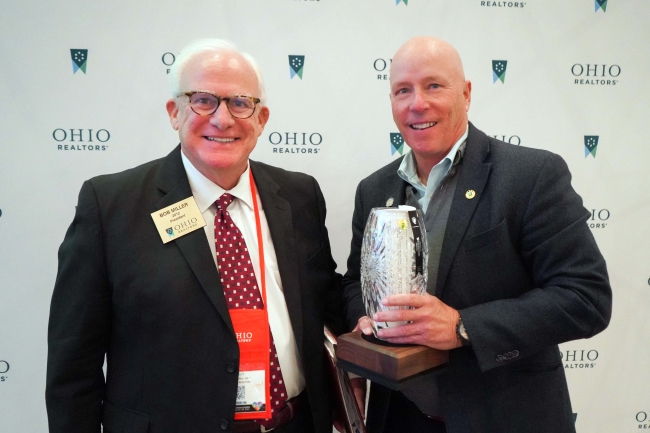 Vince Aveni, who had served as president of the Ohio REALTORS in 1980, in partnership with his brother, Joe, built one of the industry’s most successful real estate companies.

The Vincent T. Aveni Lifetime Achievement Award, created by our Past Presidents Committee, is bestowed upon a Past President who has demonstrated a continued commitment to the same values and passion for excellence that Vince displayed throughout his life.

For more information about this award contact Debbie Dillon /