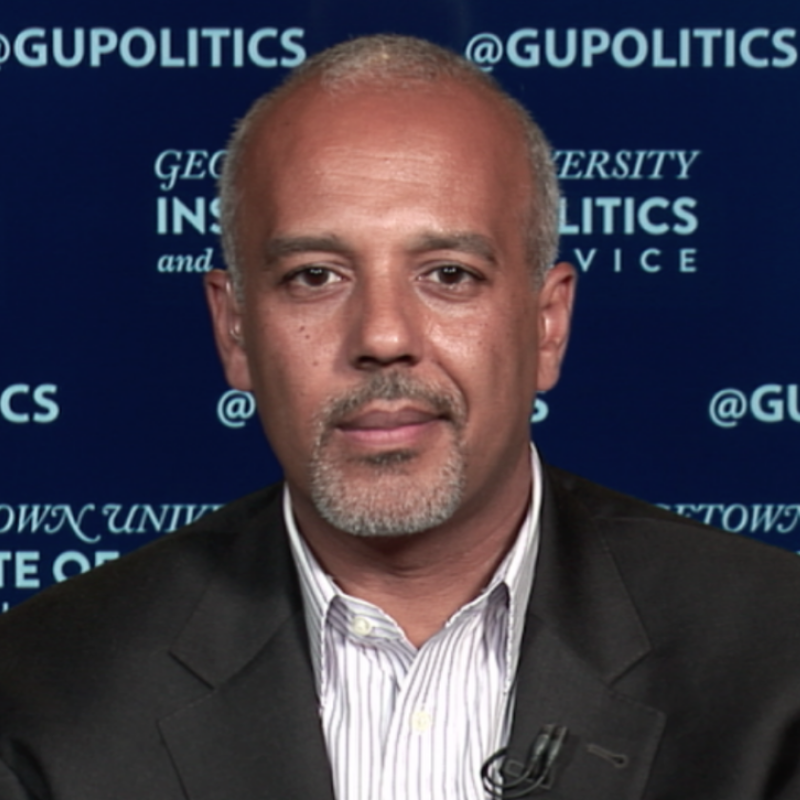 Mohamad Aly "Mo" Elleithee is an American political campaign strategist. A Democrat, he has served as spokesman for the Democratic National Committee, Hillary Clinton and other Democratic elected officials and organizations. He is currently executive director of the Institute of Politics and Public Service at Georgetown University. In 2016, he became a Fox News political contributor.