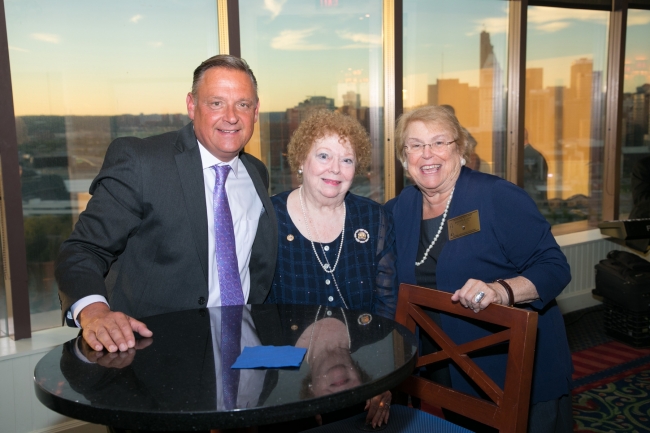 The purpose of the Past President's Advisory Committee is to provide counsel and advice to the current officers of the Association, at their request, based upon their years of service to the Association. Also, to provide a forum for fellowship of those who have served as President of the Ohio REALTORS.

In order to fulfill this purpose, the Past Presidents Committee shall at the President's request:

1. Offer advice on contemplated actions and proposals for programs of Ohio REALTORS
2. Lend assistance on major current projects
3. In connection with NAR Meetings, follow the procedures which were approved by the Past Presidents in 1980 as follows:

a. A semiformal structure is needed to assure that all nationally active Past Presidents of Ohio are included in meetings.
b. At the Annual Convention, the group will elect a Chairman to serve for a two-year term beginning at the end of that year's National Convention. The Vice Chairman will be elected for a one-year term and will not automatically move up to chair.
c. While the current President acts as official spokesman for the Ohio delegation at all national meetings, a special committee consisting of the President of the Association, the Chairman and Vice Chairman of the Past Presidents Committee, NAR Past President from Ohio and the Chief Executive Officer act in a steering capacity to meet with other individuals and delegations at a national level for internal political and other purposes.
d. National political conversations with regard to commitments are communicated by the President, or the Chairman at the President's request or his/her appointee.
e. All Past Presidents are to receive notice at least two weeks in advance of and be included in all Past Presidents Committee meetings in Ohio and at NAR Meetings.

4. Past Presidents should attempt to identify talented members and potential leadership at a local and state level and recommend them to the current officers for appointment.
5. The Ohio REALTOR President, President-elect, Treasurer and Chief Executive Officer are to be included in Past President meetings, except when they meet in executive session.
6. The Past Presidents may organize Past Presidents subcommittees, as they or the chairman deem necessary.