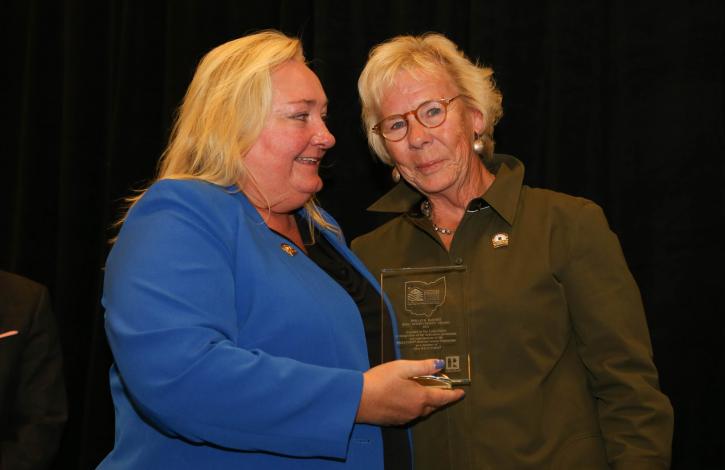 The presentation of the Award was made at the organization's Board of Directors meeting during the 109th Annual Convention & EXPO, Sept. 16-18, in Cincinnati.

She is a trustee of the Ohio REALTORS Charitable & Educational Foundation, playing an instrumental role in processing nearly 700 applications and approving nearly $500,000 in direct funding to residents of the Miami Valley area whose home or apartment were damaged by the Memorial Day tornadoes.

On the national level, Lusk-Gleich has contributed to RPAC at the Platinum R Major Investor Level and as a Golden R for many years. She is also a member of the National Association of REALTORS (NAR) RPAC Hall of Fame and was part of inaugural class inducted into the Ohio REALTORS RPAC Hall of Honor in 2019. She has also served as a NAR Director for three years and is currently serving on the NAR RPAC Trustees Federal Disbursement Committee, and was a member of RPAC Participation Council in 2018.

"Over the years, Sue has truly led by example on the importance of RPAC," said Ohio REALTORS President Anjanette Frye. "REALTORS are beneficiaries of her unmatched leadership and support to this important cause, but also her tireless effort toward imporving the real estate industry and profession."