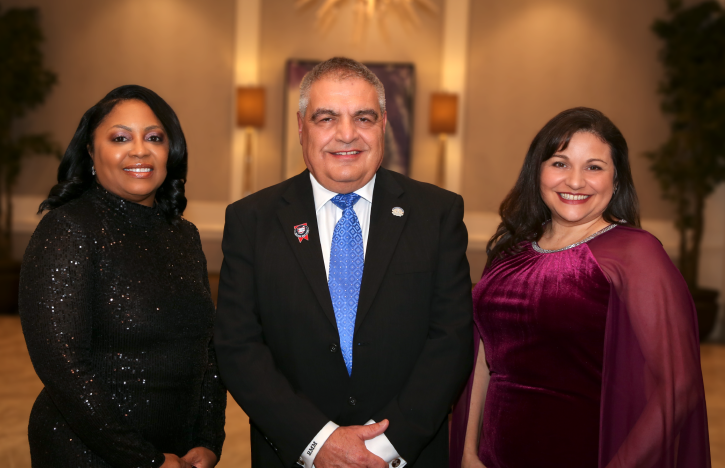 Mantica has served as a member and in leadership on various Dayton REALTORS committees and task forces, including serving as its President in 2015. Additionally, he was honored as its REALTOR of the Year in 2018, served as Dayton Director (2011-2016), on the Finance Committee (2013-present) and was a member of the organization's Joint Forms Task Force in collaboration with the REALTOR Alliance of Greater Cincinnati.

On the state level, Mantica has served as a member of the Board of Directors since 2006. He has served as a member and in leadership for several of the organization’s committees and task forces, including Executive, Finance, Legislative Steering, Issues Mobilization and Legal Issues among others. He is a 2016 graduate of the Ohio REALTORS Leadership Academy, served as District 5 Vice President (2018-2019), acts as the Association's State Political Coordinator for Ohio Rep. Andrea White (R-District 41) and was selected as Ohio's REALTOR of the Year in 2018.

Mantica has served on the National Association of REALTORS’ Federal Taxation Committee and Workgroup and Issues Mobilization. He was a NAR Director in 2015, 2022 and 2023.He has recently earned the Association's Commitment to Excellence (C2EX) endorsement. He has contributed to RPAC  at the Presidents Circle level as a Sterling R Investor and served as Ohio RPAC Major Investor Council Chair in 2018.

Mantica is an active member of St. Albert the Great in Kettering. He is on the selection committee for the Alter High School Knights of Gold program.

Mantica and his wife, Kathy, married in 1981, reside in Kettering. They have three children, Christopher, Michael and Tim, two daughters-in-law and five grandchildren.

Ohio REALTORS 2023 President-Elect Ali Whitley is a Real Estate Agent and Director of Education with RE/MAX Crossroads in Akron, Ohio and is an instructor of professional designations and certifications conferred by the National Association of REALTORS.

Whitley has been active in the Akron Cleveland Association of REALTORS since 1997, serving as President in 2012, and has chaired and served on several committees such as the Council on OR NAR Leadership Development, Professional Development Equal Opportunity Committee, Communications Committee, Strategic Planning Committee, Nominating and Leadership Development, and Legislative Committee. She also served as an RPAC Trustee in 2015-2016. She was awarded the 2013 REALTOR of the Year from the Akron Area Board of REALTORS and was honored by Crain’s Cleveland Business as a Women of Note in 2012.

At Ohio REALTORS, Whitley has served as a director/alternate since 2006. She has served as a member and in leadership for a number of the organization’s committees and task forces, including Executive, Finance, Global Business Alliance, Nominating Committee, Professional Development, Enlarged Legislative Committee among others. She served as District 3 Vice President in 2019-2020 and has been involved with My REALTOR Party, RPAC fundraising and programs, and as an RPAC Trustee.

Whitley is a National Association of REALTORS Director, serves as Chair of the 2023 Emerging Business and Technology Forum, and as a member of the Credentials and Campaign Rules Committee. She has also served on the Commitment to Excellence Committee, Social Media Advisory Board, and Professional Development Committee. She contributes to RPAC as a Golden R Major Investor.

Whitley has earned the National Association of REALTORS Commitment to Excellence Endorsement (C2EX) and has earned multiple designations and certifications including the Accredited Buyers Representative (ABR), the Certified Residential Specialist (CRS), Certified International Property Specialist (CIPS), Senior Real Estate Specialist (SRES), At Home with Diversity (AHWD), and Real Estate Negotiations Expert (RENE), among others. She is a 1992 graduate of The Ohio State University.

Whitley volunteers in her community as a member of Firestone ASA Theater Stage Parents Booster Association and has recently completed 2 three-year terms as a Trustee of Weathervane Community Playhouse. Past involvement includes President of Miller South Drama Parent Association, a PTA member at Miller South School for the Visual and Performing Arts, PTA member of the King Elementary School, and a Girl Scout Troop Leader. Whitley resides in Akron with her three children, Kayla, Martin, and Frances.

Billings, licensed in both Ohio and Kentucky, has demonstrated her passion for the industry through her consistent involvement with the local, state and national REALTOR associations.

On the local level, she served as President of the REALTOR Alliance of Greater Cincinnati in 2019 and President of the Cincinnati Women’s Council of REALTORS in 2017. Additionally, Billings has served on and chaired numerous committees, including Young Professionals Network, Professional Standards & Arbitration, Strategic Planning and Past Presidents, among others.

At the state level, she has chaired and served on the Diversity Equal Opportunities Committee, Local Government Forum, Legislative Steering Committee, Enlarged Legislative Committee, and Board of Directors, among others. She also serves as the industry’s State Political Coordinator for Sen. Cecil Thomas (D-Cincinnati).

For the National Association of REALTORS, Billings has served on the Federal Finance and Housing Committee, Board of Directors and Local Leadership Idea Exchange and is currently serving on NAR’s 2023 Research Committee. Billings is a Sterling RPAC Major Investor.

Billings is a graduate of both the REALTOR Alliance of Greater Cincinnati and Ohio REALTORS Leadership Academies.

She has earned the National Association of Realtors Commitment to Excellence C2EX, At Home with Diversity Certification (AHWD), and the Short Sale Foreclosure Certification (SFR).

In 2017, she was the recipient of The Beaulah Mathys Achievement Award at Coldwell Banker Realty. The Award is given in memory of Beaulah Mathys, who consistently exemplified the highest standards of professionalism and absolute customer commitment.

In her spare time, Billings can be found volunteering at a Women’s Battered Shelter, traveling, trying food from different places, reading and hanging out with her family.

Michelle resides in Cincinnati. She has 4 children, Rashee, Alexia, Camaiya, & Olivia and she is Mimi to 4 grandchildren.