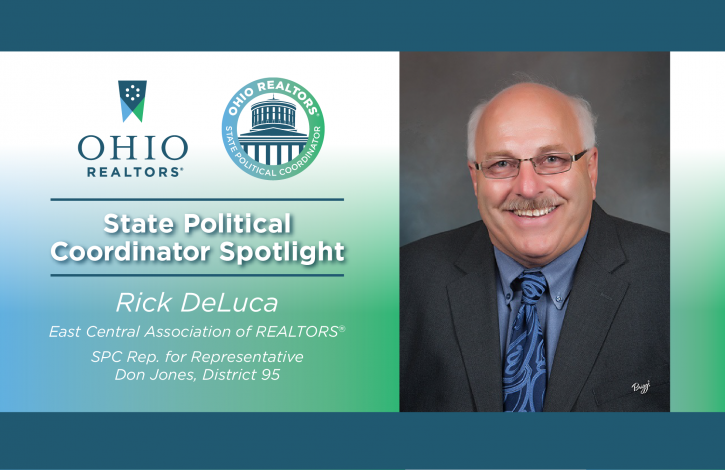 At the state level, DeLuca has also been a member of the Ohio REALTORS Executive Committee, Enlarged Legislative Committee, Communications Committee, Nominating Committee, Leadership Academy Advisory Board, Strategic Planning Committee, Property Management and Investment Forum, Local Government Forum and Board of Directors. He has earned the Military Relocation Professional (MRP) and the REALTORS Commitment to Excellence (C2EX) certifications offered by the National Association of REALTORS.

Civically, he has served on the Ohio Valley Athletic Conference commissioner board and a 2010 inductee into the Conference Hall of Fame. DeLuca is a coach in the area's youth baseball program.

Since its launch three years ago, Ohio's Political Coordinator program has allowed the organization to pair REALTORS directly with legislators in the Ohio General Assembly. The Coordinators strengthen the industry's voice on issues of concern to the profession. CLICK HERE to learn more about the program and opportunities to get involved.