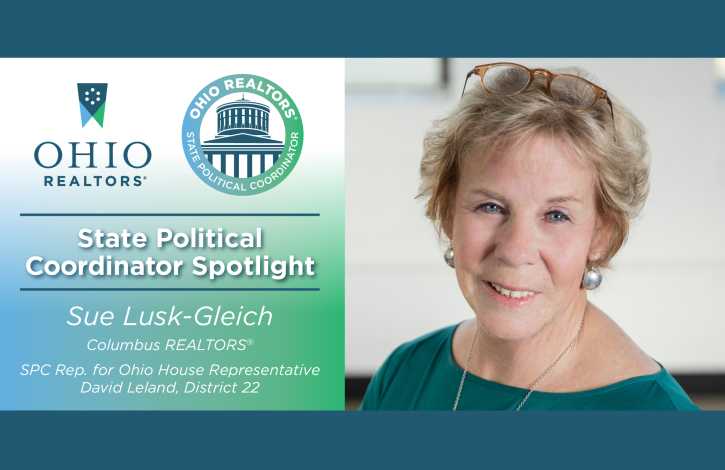 Lusk-Gleich is an inaugral member of the Ohio RPAC Hall of Honor and recently attained National Association of REALTORS' RPAC Hall of Fame at the $75,000 level.

For Columbus REALTORS, Lusk-Gleich served as President in 2010. She was the founder of the Board's Leadership Academy and was a recipient of the Columbus REALTORS Lifetime Achievement Award.

Her current and previous community involvement includes serving as Columbus Special Olympics goal and volleyball coach, being a business buddy for Nationwide Childrens Hospital, the Board of Directors for Furniture Bank of Central Ohio and supporter of Hope Hollow, among others.

Since its launch three years ago, Ohio's Political Coordinator program has allowed the organization to pair REALTORS directly with legislators in the Ohio General Assembly. Our Political Coordinators strengthen the industry's voice on issues of concern to the profession. To learn more about the program and opportunities to get involved...CLICK HERE.