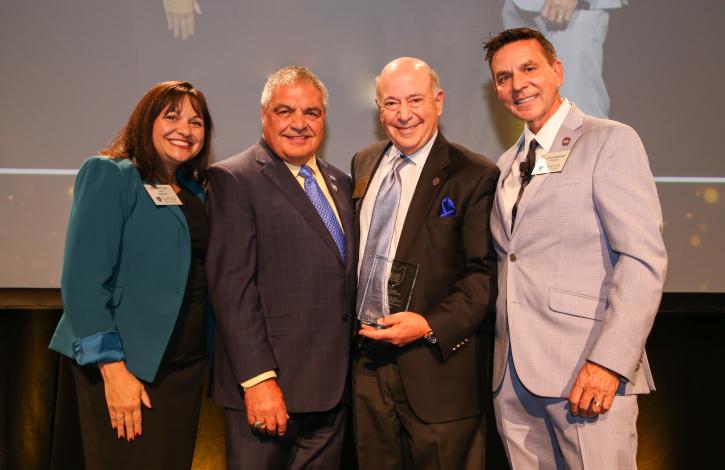 The announcement of Casper’s selection was made at the Ohio REALTORS 112th Annual Convention & EXPO, held in Cleveland, Sept. 18-21.

Casper, who served as Ohio REALTORS President in 1988, remains actively involved in the organization, serving as a member and chair of numerous organizational committees at the local, state, and national level. He has previously served as Region #6 Vice President, representing Ohio and Michigan, for the National Association of REALTORS.

Casper, who joined Ohio REALTORS in 1974, has served the Association as a Director since 1986. Additionally, he has chaired and served as a member of a variety of committees, including Executive, Equal Opportunity & Cultural Diversity, Mediators Forum, Past Presidents, Professional Standards Forum, REALTORS Political Action Committee and Convention, among others. He has also led and been a member of several special task forces within the organization, including: 100th Anniversary, Agency, Non-Dues Revenue, Minimum Services for Listings, and a working group on Ohio REALTORS meeting structure.

Nationally, Casper has been a NAR director for more than 30 years and has served and/or chaired several committees, including: DSA Selection, Multiple Listing Policy, Professional Standards, Legislative, Strategy, Risk Management, Issues Mobilization, Diversity, and Executive, among others.

Casper is one of only six Ohioans to have received NAR's Distinguished Service Award.

Civically, he served on the City of Covington (KY) and City of Wyoming (OH) Commissions and is a member of numerous organizations, including the Cincinnati Beard Barons.

"Steve’s passion and commitment to the REALTOR community, and especially RPAC, is unparalleled." said Ohio REALTORS President John Mangas. "It is because of his efforts and support that the REALTOR voice is strong in our local municipalities, the Ohio Statehouse and in Washington, D.C."