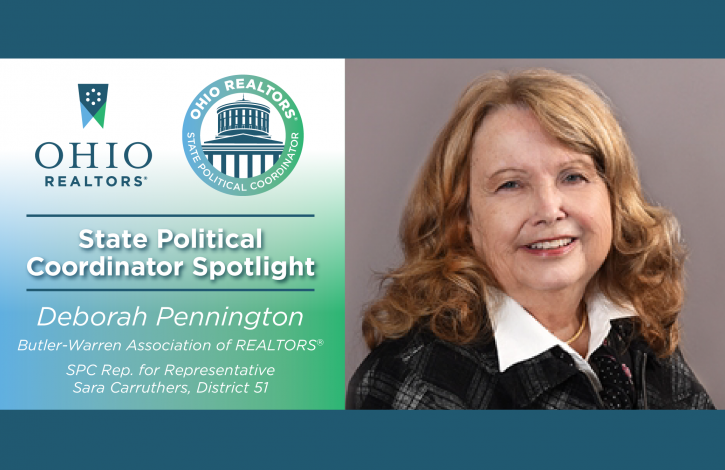 Since its launch three years ago, Ohio's Political Coordinator program has allowed the organization to pair REALTORS directly with legislators in the Ohio General Assembly. The Coordinators strengthen the industry's voice on issues of concern to the profession. CLICK HERE to learn more about the program and opportunities to get involved.