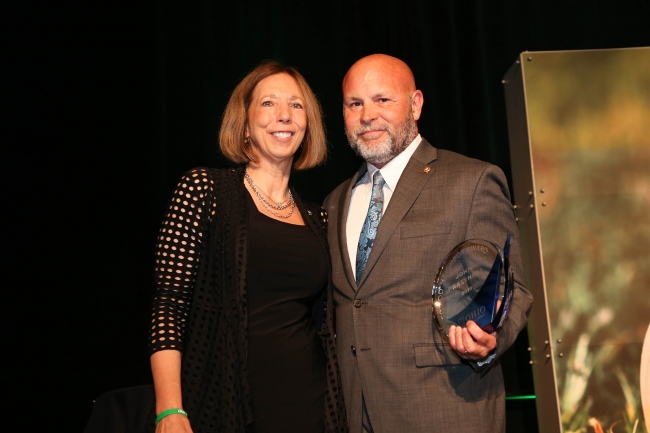 The Ohio REALTORS Good Neighbor Award recognizes an individual REALTOR who demonstrates exemplary service and unparalleled dedication to improving their community. The recipient is recognized for their efforts at the Ohio REALTORS Annual Convention & EXPO. Additionally, the recipient’s charity/community service program is presented with a $1,000 grant in their name from Ohio REALTORS.

Our 2019 recipient, John Prazynski of the Butler-Warren Board, has been nominated as Ohio’s 2020 Good Neighbor to NAR, which will announce winners at its Convention in November. Moving forward, in an effort to link the state and national programs in the same calendar year, Ohio REALTORS has suspended the Award in 2020. As such, we will open applications for its 2021 Good Neighbor Award in early January 2021 with a February 5, 2021 deadline for submission. The recipient will be honored at the Ohio REALTORS 2021 Annual Convention and submitted to NAR for consideration of its 2021 Award program.